“From the company’s inception, Sony has dedicated itself to advancing audio entertainment and faithfully reproducing music as artists have intended,” said Neal Manowitz, director of Sony Electronics’ Home Audio product group. “The ES-series of loudspeakers extends our line of high resolution speakers, and are meticulously designed and hand-crafted to recreate music as truthfully and naturally as possible, like the sound of live music in a concert hall, delivering an unparalleled listening experience to music lovers who demand the finest quality sound.” 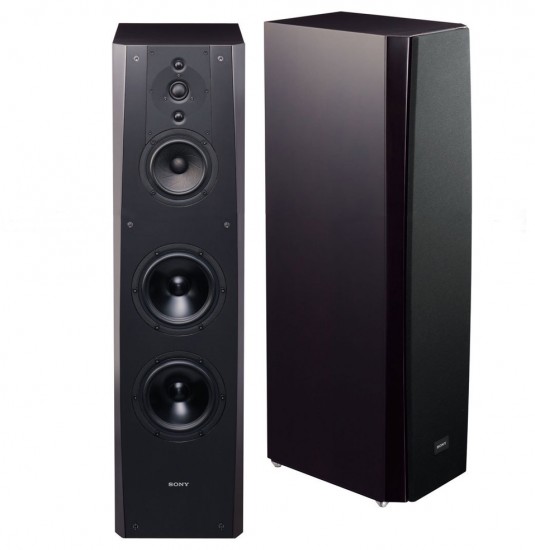 Inheriting The Concept, Technology And Design Of The Ar-Series

The fundamentals of speaker performance are dictated by the rigidity of the cabinet enclosure and control of harmonics. Like the AR-series, the natural acoustic ES-series features a solid enclosure utilizing the same Scandinavian birch, even for its internal bracings, a wood highly regarded for its acoustic resonance and performance consistent with the AR-series. The crafting and assembly of the materials is done entirely by hand by Japan’s finest woodworking artisans to ensure precision.

The SS-NA2ES and SS-NA5ES two-way speaker systems adopt the AR-series design which partitions the woofer in a sub-enclosure to isolate the mid-range and minimize the effects of woofer back-radiation, reproducing the most fundamental frequencies clear, crisp and undistorted.

Sony’s unique I-Array tweeter system addresses the challenge of combining multiple sound sources, while avoiding peaks and dips that change sound coloration and create unnatural tones. The I-Array design and layout allows the tweeters (one tweeter coupled with two super tweeters) to function like a single tweeter with very wide dispersion. Expanding the dispersion of the sound creates a natural balance across frequencies, providing a sense of vividness and real naturalness the human ear can appreciate.

The entire Sony ES line of loudspeakers has been matched to work together flawlessly, not only to deliver the most life-like reproduction of music, but also to bring more impactful excitement to movie soundtracks.